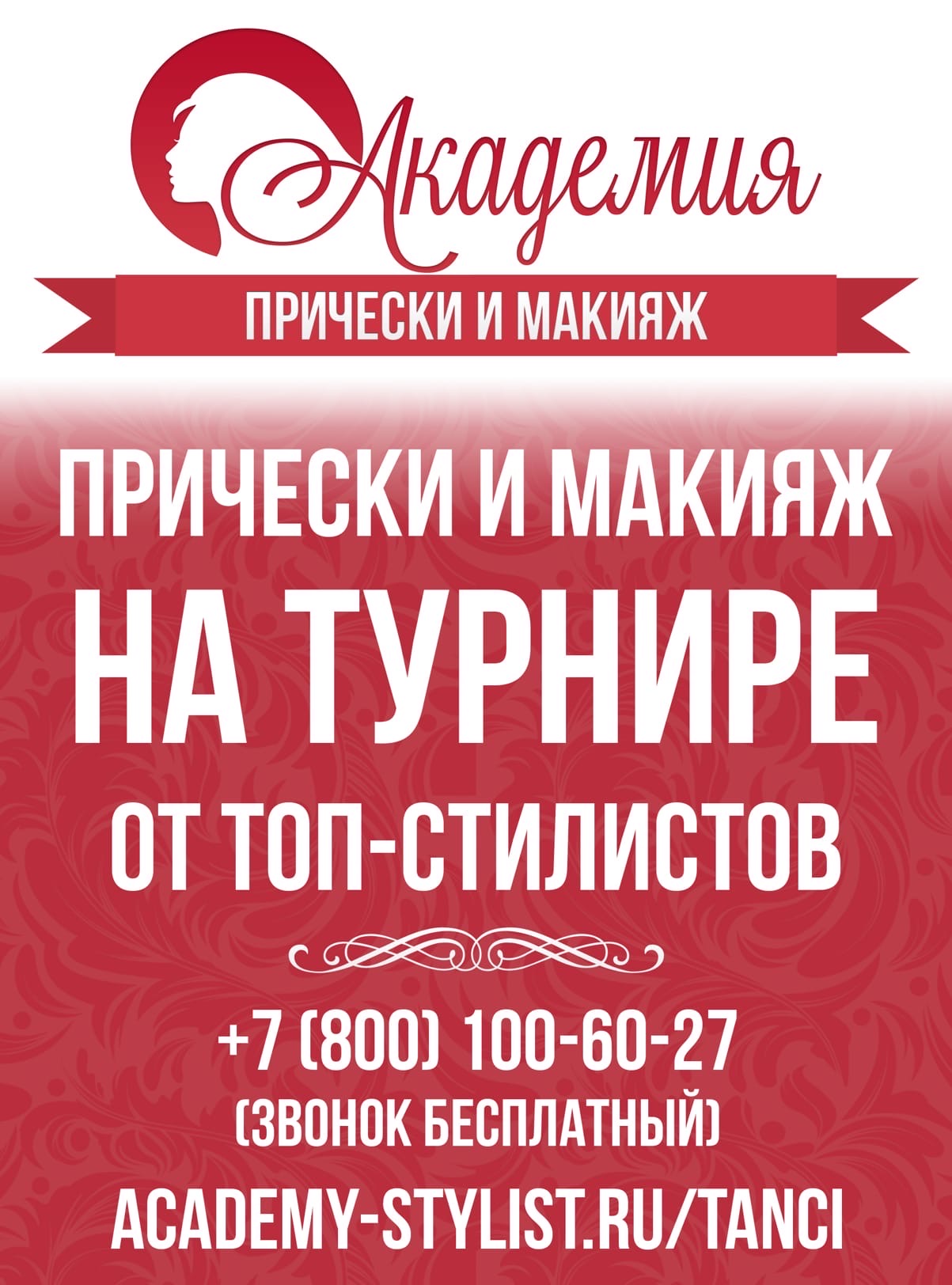 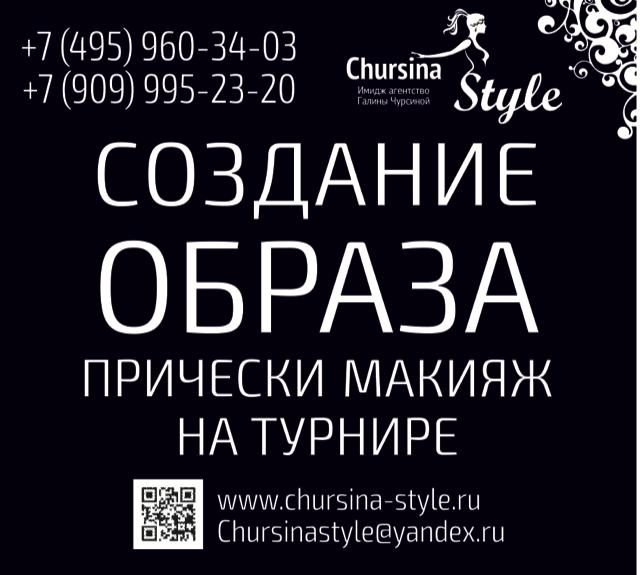 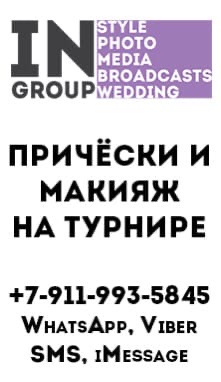 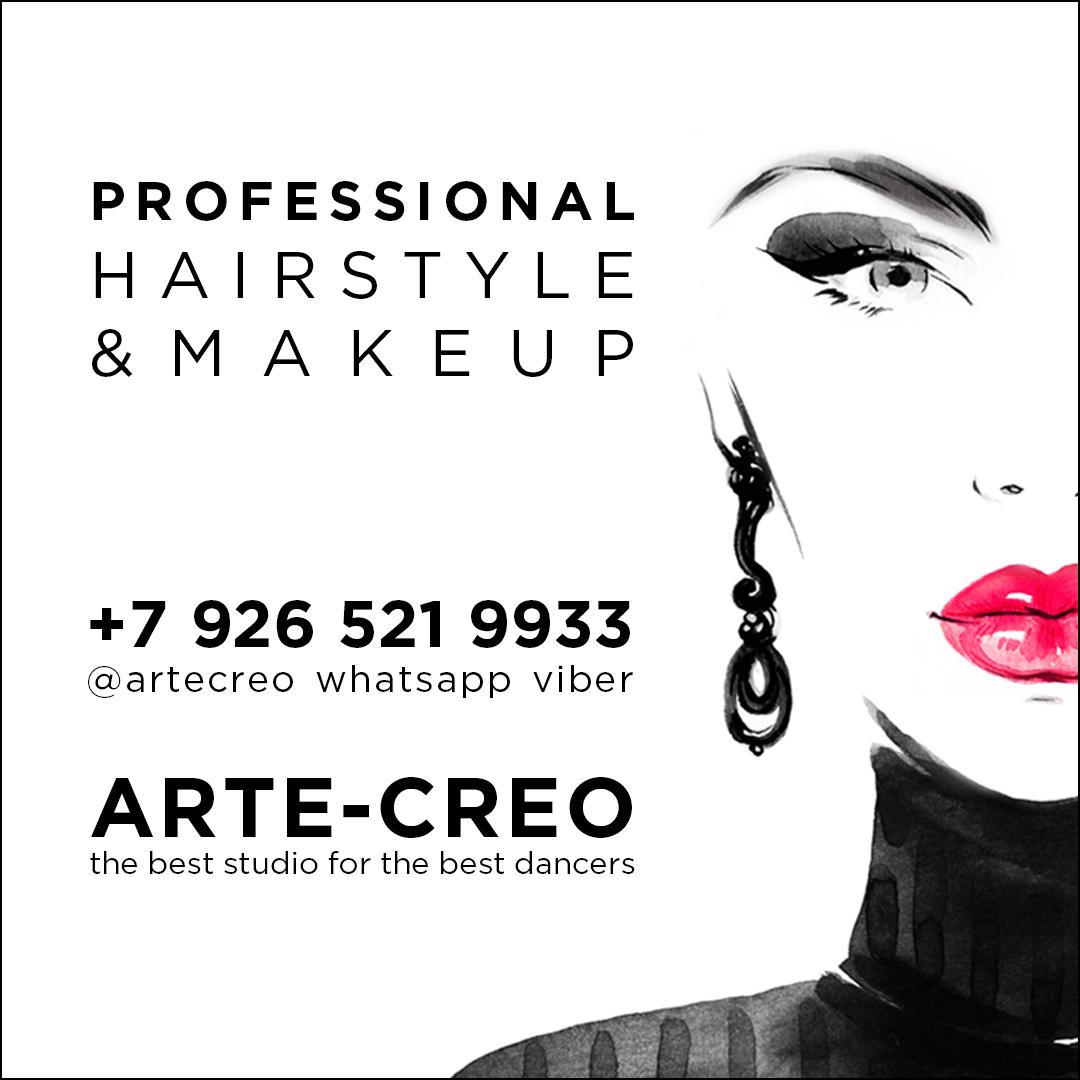 St. Petersburg is a peculiar city, “premeditated,” as Dostoevsky put it. It’s unlike any other city in the world as a result of objective historical and geographical considerations. Here are just ten factors that go towards making it so unique.

St. Petersburg is the youngest of the large European cities. Even the territory on which it stands arose relatively recently. By the time the land the city is sited on was formed, Confucius had already written his main works, Buddha had already completed his earthly travels, the Odyssey and the Illiad had already been written and the Persians had conquered Egypt. So, the truly ancient cannot be found here, but the Russia that followed Peter the Great is better represented here than in any other city in the Russian empire. And there is no other place in the world where you’ll find so many neo-classicist, eclecticist, moderne and retrospectivist works of architecture. The historical center of St. Petersburg and the palace and park ensembles of its suburbs have all been included in UNESCO’s world heritage lists. 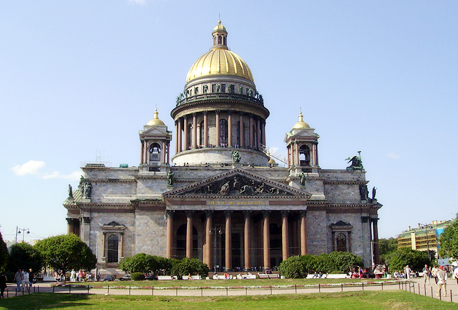 St. Petersburg is the most northerly of the large cities in the world, and the largest of northerly cities. It stands on the 60th parallel, which passes through Greenland, Alaska (the town of Anchorage), Magadan and the capital of Norway, Oslo. That’s why one of the greatest tourist attractions here is the White Nights, an astonishing time between May and July when it’s still fairly light on the streets at midnight and the city almost ceases to sleep. The other side of that coin, however, is the harshness of the winter – an unrelenting combination of slush and dirt, snow and frost, which, together with the high levels of humidity, can make the season difficult to withstand.

The Neva River, the main water artery of St. Petersburg, is a powerful dwarf. Just 74 kilometers in length, it carries more water than the Dnepr or the Don. In fact, essentially, it’s barely a river – it’s more akin to a channel running between the Ladoga Lake and the Baltic Sea. For centuries, this location was considered ruinous: devastating floods, abominable winds, mosquitoes. Only “the Finnish fishermen, contemptible outcasts of nature” could inhabit these “frail, stunted shores” (Pushkin). Thus, Peter the Great’s decision to create a new Russian capital here seemed (and, in fact, was) entirely absurd. Genius, however, is capable of overcoming circumstance. 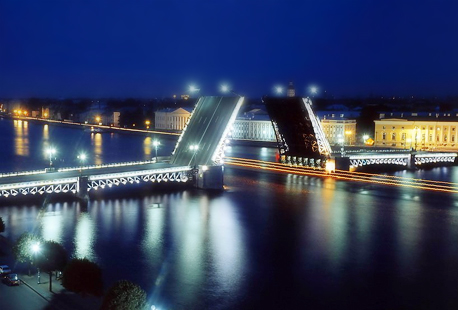 St. Petersburg is the European champion in terms of bridges, and a silver medalist in the canal and islands stakes. Here, if you include the suburbs, you will find 64 rivers, 48 canals, 170 kilometers of embankment, around 100 islands and 800 bridges (Venice has more canals and islands but less bridges). The number of excursion boats, motorboats and small craft is growing every year, and failing to view the city from the water is unforgivable.

St. Petersburg is a highly resilient city. It’s as if two neutron bombs have been detonated over the city in the last 100 years – once during the Civil War and once during the Siege of Leningrad: the population was massively reduced, but the buildings remained almost untouched. And each time, St. Petersburg managed to resurrect its unique spirit and character.

St. Petersburg is a city that is dangerous for the authorities. Before the revolution, the heir to the throne, Tsarevich Alexei Petrovich, three emperors (Peter III, Paul I and Alexander II), two internal affairs ministers and one leader of the city were all killed (another city boss was severely injured). Since its foundation, there have been five palace coups, the Decembrist uprising and three revolutions. The Bolsheviks executed three grand dukes here. Of the leaders of the city’s communist organizations, nine were shot and one – Kirov – was murdered in mysterious circumstances. Another, Zhdanov, was nearly poisoned.... The repressions and waves of terror were no accident – in St. Petersburg, the spirit of opposition has always been strong. 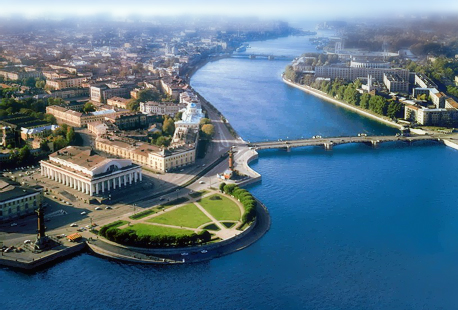 St. Petersburg is the largest city in Europe that isn’t a capital. From the beginning of the 19th Century, it has remained the fourth largest city in Europe in terms of population, always behind Paris and London, but often leading or being led by Berlin, Vienna, Naples and Moscow. With a current population of 4.7 million, it remains in fourth position, trailing Paris (9.5 million), Moscow (9.3 million) and London (7.6 million).

The transfer of the capital to Moscow in 1918 had its benefits for St. Petersburg, allowing the uniquely high proportion of old buildings in the center to be preserved. During the Soviet era, Leningrad was considered to be a provincial city, and shortages in financing allowed masterpieces of socialist architecture to be constructed here. There wasn’t even enough dynamite to demolish the city’s churches, and new housing construction was carried out on the outskirts of the city. As a result, a vast number of residential stone buildings from the pre-Revolutionary period were preserved — about 8,000 in total. From Obvodny Canal to the Bolshaya Nevka River, and from the Alexandro-Nevskaya Lavra to the trading port, the city remains almost as it was in 1917.

The loss of its status as a capital has given Petersburgers a unique outlook on the world. In general, they are poorer than Muscovites, and not as unreservedly welcoming; the pace of life here is less intensive. On the other hand, however, in no other city will you find such a vast quantity of connoisseurs of local landmarks and legends. This is a city of bookworms, cranks, erudites and unacknowledged geniuses. Dovlatov wrote that “Leningrad possesses the painful complex of a spiritual center that has been somewhat deprived of its administrative rights. The combination of inferiority and superiority makes him a very sarcastic gentleman.” The arrogance and incomprehensible haughtiness of the local inhabitants, with some justification, irritates the Muscovites. Nevertheless, without their snobbery, backslapping, and morbid sense of their own personal worth, Petersburgers really wouldn’t be themselves.